American In-Home Care, LLC, (AIHC) is a Nurse Registry serving Florida’s seniors and others in need of care at their homes, or in facilities. We serve clients throughout Florida by utilizing all of our family brands:

We provide referral and administrative services to facilitate care through independent contractor care providers. Care providers that register with AIHC have been personally interviewed and screened, and credentialed. The services they offer can include Companion Care, Personal Care, and Live-In services, dependent upon the client’s needs. We help determine clients' care needs through a free in-home consultation with one of our local Client Care Liaisons.

AIHC was formed in September 2013, with the goal of offering an affordable, self-directed, Private Duty care model to the rapidly growing senior population in Florida that desires to age in place. The company is focused on delivering a quality client experience that is achieved through scale, superior infrastructure and processes, and resources that drive efficiency and effectiveness, while retaining a local, personal presence.

Since its formation, AIHC has completed five acquisitions: American Home Companions, In-Home Care Services, Whitsyms In-Home Care, Advocate Home Care Services, and Douglas Health Services. Through these acquisitions, AIHC can now offer its services to more than 92% of the population over age 65 in Florida. The company is headquartered in Atlanta, Ga., and is a Silverhawk Capital Partners, LLC portfolio company. American In-Home Care is licensed as a Nurse Registry by the State of Florida. 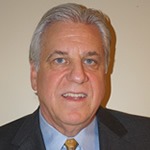 Since its inception in 2013, Mr. Hollman has served as the President and CEO of American In-Home Care, LLC., focusing on establishing a solid foundation for the growth of this major independent personal care company through acquiring and integrating nurse registries throughout the State of Florida.  He currently directs the company through a regional general management structure and is primarily devoting his attention to growth initiatives, by conceiving and directing organic efforts, and through strategic acquisitions.

Prior to the launch of American In-Home Care, LLC, Mr. Hollman was CEO and President of Discovery Health Record Solutions. In this position he led a four-fold increase in growth over a five-year period, including nine accretive acquisitions that resulted in Discovery’s successful divestiture in late 2012.

Before joining Discovery, he served as Senior Vice President of Business Development at Recall North America, a leading secured data storage and document management company. His 17-year career with Recall included senior executive positions with direct operations responsibility for their $100 million North American Document Management Division. As leader of Recall’s business development efforts, he directed the sourcing and closing of over 40 acquisitions.

Doug’s career includes sales and general management positions with Fortune 1000 company, NCR Corporation, and several other entrepreneurial ventures. He received a Bachelor of Science degree from the Georgia Institute of Technology. 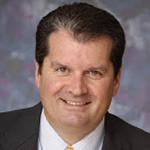 Before serving as Senior Advisor to the Chief Executive Officer, Jim was the principal owner and Chief Executive of Orlando-based companies, American Home Companions and American In-Home Caregiver Registry, Inc., both of which were acquired by American In-Home Care, LLC in 2013. During his ten-year plus tenure, he was responsible for more than tripling the revenues and profits of what had been a small family owned business.

He is also an industry leader and spokesman, having served as the President of the Private Care Association (PCA), the largest caregiver registry association in the U.S. Before his time in the in-home care industry, Jim had an extensive career in business application and internet software, serving in a variety of management and account executive positions with companies including, Walker Interactive, MRO, and American Software.  He holds a Bachelor of Arts degree from Rutgers University, and an MBA with a concentration in Healthcare Management from the Goizueta School of Business, Emory University. 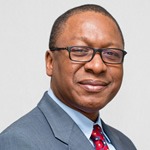 As the EVP & General Manager of the Whitsyms In-Home Care brand that was acquired by American In-Home Care in 2014, Mr. Anderson is responsible for Whitsyms’ growth, profitability and client satisfaction, as he leads their sales, operations and customer service organizations.

Mr. Anderson has been a significant contributor to the development and growth of the personal care industry in South Florida. In 2006 he founded Whitsyms In-Home Care, and through his leadership, it grew into one of the largest and most well-respected independent Private Duty Nurse Registries in Florida.  Mr. Anderson has also served as the President of the Florida Chapter of the Private Care Association, Inc. He holds several degrees including a BS in Business Administration from Kingston College, Everest Universtiy, and Management Science and Marketing diplomas from the University of Technology Jamaica. 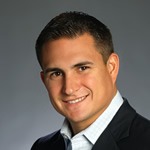 Serving as EVP & General Manager of the Advocate In-Home Care brand. Mr. DeBiasi is responsible for Advocate's growth, profitability and client satisfaction, as he leads their sales, operations, and customer service organizations.

He brings extensive experience in the healthcare industry to his position, and serves on several industry related boards, including the Parkinson Alzheimer’s Research & Education Foundation, Handy Inc,, Cystic Fibrosis Foundation, and the American Cancer Society. Mr. DeBiasi was a co-founder of Advocate Home Care West, LLC prior to its acquisition by American In-Home Care, and before that he led BeneMax USA, Inc - an employee benefits consulting firm that was successfully sold in 2010. He holds a BA from West Virginia University with a concentration in economics 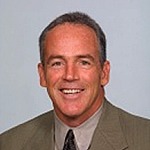 In his postion as EVP & General Manager of the American In-Home Care brand, Mr. Robinson is responsible for its growth, profitability and client satisfaction, as he leads their sales, operations and customer service organizations. Prior his promotion to this position, he held the title of VP of Sales and Business Development for American In-Home Care in North and Central Florida.

Matt has extensive experience managing and developing businesses that serve family and personal needs, including co-founding Home Team Equity and launching Dr. Connection Benefits. After attending the University of Georgia as a scholarship athlete from 1973-1977, Matt had a successful professional football career as quarterback for NFL teams the New York Jets, Denver Broncos, and Buffalo Bills, and later was the Jacksonville Jaguars color analyst for several years.

In her role as Chief Financial Officer, Ms. Klein is focused on revenue and cash management related client support functions including invoicing,  accounts receivable, and collections. Her responsibilities include all accounting functions for the LLC and the four operating brands.

Wendy joined American In-Home Care, LLC as the VP of Finance and Human Resources at its inception in September 2013. Previously, Wendy served as the VP of Finance and Human Resources for Discovery Health Record Solutions beginning in January 2009, after having acted as a consultant for the company since 2007.Prior to Discovery Health Record Solutions, Wendy held positions in human resources and accounting with several companies, including Recall North America, WorldTravel BTI (now BCD Travel) and Ernst & Young. She has a Bachelor’s degree in Economics from Duke University, and an MBA from the Goizueta School of Business, Emory University. 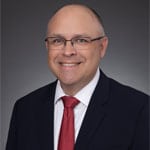 Before his promotion to COO, Carl served as EVP Operations of AIHC, and was the Vice President of Operations for the company. He is a veteran of the health care and health services industry, having held leadership positions with both home care, and ambulance services companies in South Florida. He was also CEO of Advocate Home Care, which was acquired by American In-Home Care, LLC in 2015.  Mr. McKenney is a member of the Board of the Florida Chapter of the Personal Care Association (PCA). In addition, he is a member of the Broward County EMS Advisory Council and holds certifications as both a national and State of Florida paramedic, and is a certified Emergency Medical Technician (EMT) with a FEMA Strike Team Leader Certificate. 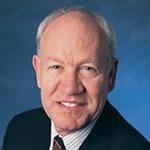 Donald became the VP of Marketing at American In-Home Care, LLC in September 2013 and now serves as SVP in that same role.  His priorities include providing marketing support for the individual brand sales teams, and developing and overseeing retail marketing programs. He was formerly the Vice President of Sales and Marketing for Discovery Health Record Solutions starting in 2010, after serving as a consultant to the company for several months.

Prior to joining Discovery, From 2002 to 2008 he was Executive Vice President of Strategy and Marketing at Danka Business Systems, PLC.  His career includes several successful executive and entrepreneurial positions within the document management industry, and he  was a pioneer in the development of its print-and-mail sector. He served in executive capacities at, eMag Solutions as CEO, Anacomp Inc. as COO, and at First Financial Management and NCR Corporation in senior positions. Donald holds a Bachelor of Science degree from Indiana University.

Silverhawk Capital Partners is an independent investment firm that was established in 2005 to invest in lower middle market transactions within the growth, industrial, energy/natural resources and business service sectors. Silverhawk typically invests between $10 million - $50 million of equity capital in growth-oriented businesses with revenues ranging from $25 million - $250 million.  Silverhawk has offices in Greenwich, CT, Charlotte, NC and Overland Park, KS.

Learn more about Silverhawk at www.silverhawkcapitalpartners.com

The Right Choice for In-Home Care 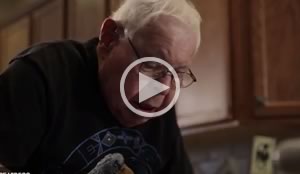 A Legacy of Quality, Affordable Care 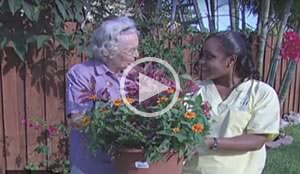 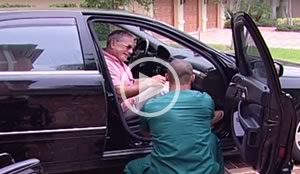 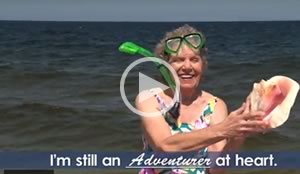 American In-Home Care, LLC has to date acquired these companies and brands: